SR: "Angels In This Town" Lift Eric Paslay Out Of "High Class" Misery 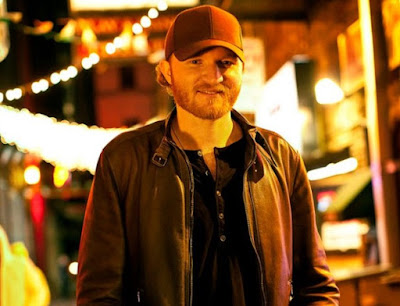 Coming off his terrible first single "High Class" of his sophomore album "DRESSED IN BLACK," Eric Paslay just released his follow up single "Angels In This Town."

The good news: it's not as bad as the stupid "High Class" which stalled in April of this year at #32 of the Hot Country Songs Charts. And even though co-written by Eric with Corey Crowder and DJ Telemitry (aka Jesse Frasure) and having an urban dance club feel to it and mentioning Justin Timberlake, it failed to crack the Hot 100 Pop Charts.

It also destroyed my hope of maybe an artist that has musical integrity. After seeing him about three years ago unannounced at the Saxon Pub in Austin - see my blog "Eric Paslay - Emerging Artist - Proven Songwriter" - I was all hyped up, that there may actually be an artist with integrity. Damn was I way off the mark. Actually things weren't that bad at first, his debut release "ERIC PASLAY" was half decent, contained "Country Side of Heaven" as well as the quite amazing "She Don't Love You" which reached #15 in April of '15. 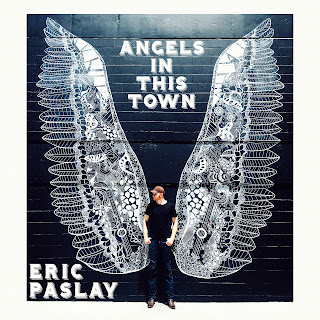 So Eric got from his snotty white trash "High Class" to a more down home style, replaced the black suit with jeans and ball cap again and on the way down, actually found some form of spirituality, albeit only in concept and lyrical content. Crowder is again a co-writer, third one in the round this time was relative newcomer Eric Dylan, who just released "Pink Flamingos."

The music production by Marshall Altman is with it's R&B loops still way over the top and Paslay's strength, his actually fine voice, is stretched way to far into arena-rock over-sung screeches.

Too bad, because the story line of the song is very promising, although (too) simple - scoring the winning touchdown in highschool football game, evading a deadly car-crash and still being alive. Yes miracles happen and angels are among us. With a more subtler instrumentation and maybe even a church choir behind it, to actually invoke the karma musically as well - this could have been a better song and maybe using the angels to help somebody more unfortunate instead of winning a football game would have shown real compassion for the angels out there.