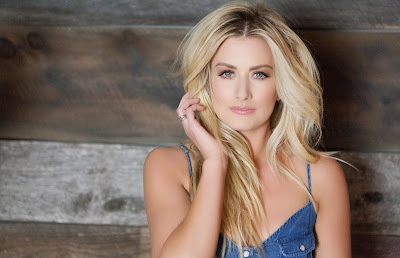 Is the party finally on? "Drinking With Dolly," the new single from Stephanie Quayle not only laments the classier past, but also the missing role of female country artists in today's bro-country environment.

Lament may be the wrong word, the song, written by singer/songwriters Victoria Banks and Rachel Proctor - as a team they also wrote Jessica Simpson's "Come On Over" and others - is actually more of a celebration of strong womanhood. While mentioning Jeannic C. Riley's take on Tom T. Hall's "Harper Valley PTA," Dolly (Parton), Tammy (Wynette), and Loretta (Lynn) are mentioned by name in the song. All three recorded several songs in the sixties and seventies about new roles for women - for instance, "Just Because I'm A Woman" by Dolly, "I Don't Wanna Play House" by Tammy, and "The Pill" by Loretta.

The song is not only a delight for strong women characters but also for fans of traditional country music. Producer Matt McClure did an excellent job of keeping it down and simple with an organic feel to it. There is actually some fiddle here and some pedabro (or is it just dobro) there. Unfortunately, I was unable to find the accurate musician's credits for this great recording.

In the five years since Stephanie Quayle moved to Nashville, she had several singles and videos released before, but none actually cracked the radio charts. But if you would like to hear that on your radio station, call your programmers up and tell them, you want to go "Drinking With Dolly."