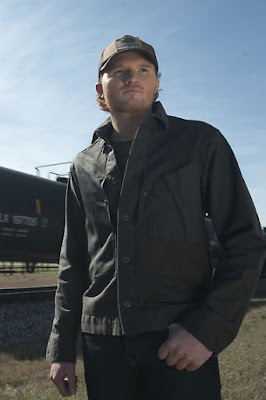 Quite by accident, on a music-infused night, I stumbled to meet and hear an unannounced Eric Paslay at the Saxon Pub in Austin.

It was only one song he sang - but that little ditty captured my interest.

Sitting in with Texas music stalwart, Walt Wilkins and his band The Mystiqueros, Eric offered us a slice of "Country Side Of Heaven."


Obviously the video (below) was taken with a phone, the sound quality somehow questionable, but the only video I  could find of that song. Additionally Paslay will be playing the Grand Ole Opry on 5/24/13 - check him out if you have a chance.


Checking him out on his website and on facebook I quickly learned that the 30-year old Texan (born in Abilene) is one of the emerging artists, signed to EMI since 2011 and as a proven songwriter, could already celebrate three #1 hits he co-penned: "Barefoot Blue Jean Night" for Jake Owen, "Even If It Breaks Your Heart" for the +Eli Young Band  and "Angel Eyes" for +Love and Theft

"Even If It Breaks Your Heart" is a co-write with hit-writer +Will Hoge and was recorded by Hoge on his own album "The Wreckage." Both writers were nominated for a Grammy (Best Country Song) and Academy Of Country Music Award (Song of the Year). In the following acoustic video you are able to see Paslay doing "Less Than Whole" and him and Will Hoge singing their hit composition.


After his first single "Never Really Wanted" barely cracked the charts and peaked at #48 in 2011, Paslay and his record company EMI, tried to come up with a similiar feel good song, as the Jake Owen #1 hit (a co-wrote with Dylan Altman and Terry Sawchuk). Altman, a co-writer with the same publishing company Cal IV, was also his co-writer on that second single "If The Fish Don't Bite."
The single, which was considered the possible breakthrough record for Eric by several critics, was released in March of 2012 and stalled at #58 - too bad, the song really sounds like a fun summer hit, but listen by yourself. 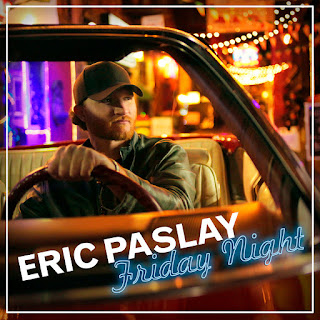 Maybe single number three, may do the charm, his newest single, "Friday Night," a co-write with +Rose Falcon  and Rob Crosby is now available on itunes and currently (May 2013) moving up the Country Airplay Charts, sitting at #47.
The song was previously recorded as an album track by +Lady Antebellum for their album "Own The Night."


I'm not sure, if "Friday Night" will be the one song that will establish Eric Paslay as the newest artist, giving him mainstream radio-airplay. After three single releases going nowhere he may be dropped by EMI.
But I don't worry about his success as a songwriter, with over 150 songs penned, I'm sure his name will show up in the charts again.
A recent collaboration with Sheryl Crow and Amy Grant on her just released (May 2013) album "How Mercy Looks From Here" on his self-written song "Deep As It Is Wide" may just do this and help him further to gain the needed attention of radio programmers.