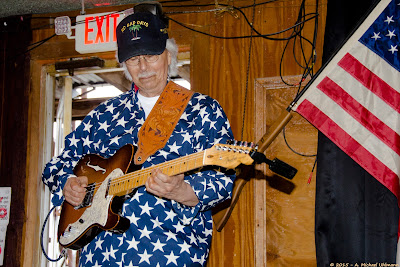 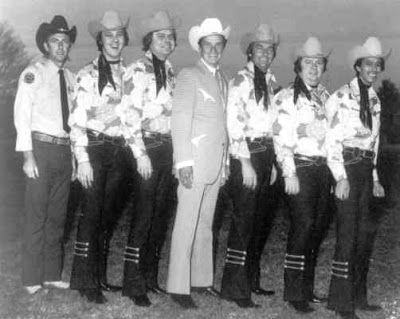 Pete Mitchell passed away last Saturday (7/23) at the age of 74 due to cancer. Originally born in Canada as Peter Michaud, he came to the US, after playing the scene in Toronto where the Hawks (who later became The Band) played the same clubs in the early 60s. 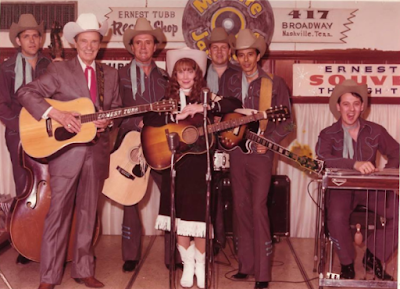 Immigrating to the States, he Americanized his name to Mitchell, played with Wynn Stewart, Cal Smith, Ray Price and Waylon Jennings, who later adopted the leather-casing for his electrical guitar.
In the mid 70's while living in the Fort Worth area, he got picked up by Ernest Tubb and so became a Texas Troubadour. Mitchell or the "little man from Canada" as E.T. called him played with Tubb until his death in 1984. Pete wasn't just a touring musician, but also appeared on E.T.'s recordings - sometimes with his given name, Michaud. You will also find him on other recordings, e.g. John Anderson's "EYE OF THE HURRICANCE."


After Tubb's passing Pete stayed in Nashville as a session player and toured with several artists. Some times he would sit in with his former Texas Troubadour, steel guitarist Lynn Owsley. In the video below the two share the stage with one of the fathers of the modern Steel Guitar, Jimmy Day.


When Jimmy Day passed away in 1999, Pete came to Austin to pay his respect and was re-introduced to Jimmy's sister-in-law, Paula. It was love at first sight, and a little time later, Pete moved from Nashville to Buda (outskirts of Austin) got married and settled down in Texas. As a sideman he would play with local people like the Troubadillos, James Hand, James White and Alvin Crow's Hardcore Country band as wel as with Lost John Casner. He played his last gig during Christmas week (2015) with Glen Collins at Watterson Hall in Red Rock. During the music fair SXSW he would was often a hired gun for musicians passing through Austin, needing a solid picker to make them shine.

As producer and steel guitarist Tommy Detamore put it: "Pete was such a treasure. I feel so lucky I got to make record with him. Only problem was I kept halting the progress to ask him to show me how he did something! His approach to guitar was so cool and innovative. Some of those bends he did...man..three string bends....index finger bends...so fluid."

And Pete did it with a lot of charm and always a smile on his face.