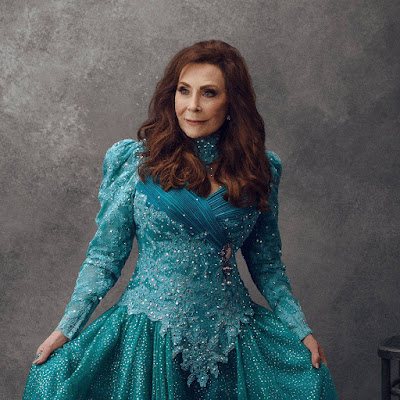 We need to send Loretta Lynn another "Get-Well" card, the soon to be 85-year old broke her hip at her home in Tennessee, while still recovering from a stroke she suffered in May of last year.

According to her sister, country singer Crystal Gayle, the "Coalminer's Daughter" is "doing as well as can be expected with this type of injury." Loretta's team soon followed with their own tweet and the same message on her website, saying that she's doing well and is thanking all her fans for the thoughts and prayers.


After her stroke last year, Loretta Lynn not only canceled all of her tour dates but also the release of her new album "WOULDN'T IT BE GREAT" to 2018 so she would be able to promote it properly. Her only public appearances after her stroke were at a benefit at her Hurricane Mills' Ranch and at the induction of Alan Jackson into the Country Music Hall of Fame both in October of last year.

Her last album, "FULL CIRCLE" on Legacy Records, a collection of classics and new songs, she recorded with the help of her daughter Patsy and John Carter Cash was released in March 2016 and was nominated for a Grammy Award in February of last year. "Everything It Takes" a song, Loretta co-wrote with Todd Snider is from that release.

P.S. Happy Birthday to Crystal Gayle, who turns 67 today (1/9); may her wishes come through that her sister will fully recover.