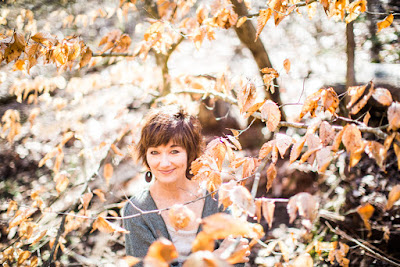 Singer/Songwriter, Producer and Vocal Coach, Lari White has died earlier this morning (1/23) after a courageous four month battle against a rare peritoneal cancer.

Update 1/23/18
Her mom took to Caring Bridge again today and announced that "At 4:44 this morning, Lari peacefully took her "Rain Walk"..." referencing Lari's love of the rain. Lari was able to spend the weekend at her home with close family and was able to enjoy a sunny and rainy day, as that were her wishes.
Our condolences go out to her loved ones. May there be a light in the darkness!

Her mom took to Caring Bridge to post an update on Friday (1/19) and it looks disheartening:
"Last night Lari was admitted to a wonderful Hospice facility here in Nashville, where she has all the Care she needs to make her comfortable and quiet for this part of the Journey, and where she is completely surrounded by loving family…"

It was only in November when Lari took to her "ArtistWorks" space to tell her voice students that she was diagnosed with cancer:
"...The surgery revealed advanced Peritoneal Cancer. Since then a series of complications including pain management, pneumonia and a bowel obstruction requiring emergency surgery has kept me in and out of the hospital fighting for my life. This is, of course, my focus for the foreseeable future."

But she also encouraged her students to keep going on: "All I ask is that you keep singing! Make a joyful noise, because I believe Our Creator loves the sound!"

Lari came to prominence in the late 80's with winning "You Can Be A Star" on The Nashville Network. A resulting record deal with Capitol didn't give her the success she was looking for and she started singing backup for Rodney Crowell. It was him, who, after she got another deal with RCA, produced her debut album "LEAD ME NOT" with the rockabilly-tinged "What A Woman Wants" being its biggest success.

She triumphed even more with her follow up, 1994's "WISHES" giving her three top-ten hits, two again co-written with Cannon "That's My Baby" and "That's How You Know (When You're in Love)" and the Cindy Greene, Don Cook, Chick Rains penned "Now I Know." The album was produced by Garth Fundis and was certified Gold a year later for half a million copies sold.

On her third and last (besides a Greatest Hits Compilation) outing for RCA "DON'T FENCE ME IN" which she produced with Josh Leo, was the marvelous single "Wild At Heart," a co-write with Al Anderson.

Another stint came in 1998 with Lyric Street Records. With the title track, "Stepping Stone" (White, David Kent, Craig Wiseman) she not only cracked the Country top-twenty but also appeared on the all-genre Billboard Hot 100. Other singles were "Take Me" (Bob DiPiero, Stephony Smith) and "John Wayne Walking Away "(Austin Cunningham, Jerry Boonstra, Doak Snead).

Over the years she appeared in films like "Cast Away", Broadway Musical ("Ring Of Fire") and Cabaret Shows ("My First Affair"), producing artists and playing house concerts all over the country, including some appearances on Delbert McClinton's cruise. As a producer, she was actually in charge of the Platinum certified album by Toby Keith "WHITE TRASH WITH MONEY." She also started releasing albums on her own label, Skinny White Girl, like "GREEN EYED SOUL".
In February of last year, she released two EPs "New Loves" and "Old Friends" (both available through the links on her website) containing new songs and some re-recordings of her old hits, with some special friends, Suzy Bogguss, Lee Roy Parnell, Delbert McClinton, Etta Britt and Victor Wooten helping out.
To promote the release Lari visited Eric Dahl, the longtime host of Nashville's FOX 17 Rock & Review TV show.

Lari White is married to singer/songwriter Chuck Cannon (among many others "I Love The Way You Love Me - John Michael Montgomery), the couple has two daughters, M'Kenzy and Kyra, and a son, Jaxon.

To cope with the enormity of medical bills, some friends have established, a gofundme account in the name of Lari White and Chuck Cannon.

Our thoughts and prayers are with Lari and her family.