Clay Blaker's "What A Way To Live" resurfaces on iTunes 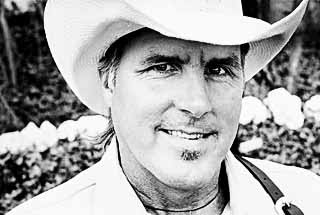 As of today singer/songwriter Clay Blaker finally has his own facebook page.

After retiring from the music biz over a decade ago, "Slick" as he is also known, spends most of his time catching the surf off Panama. Yes he had a group where dedicated fans and friends would post a video or memories from his shows in the US or his many tours in Europe. But these fans and friends kept bugging him to at least interact with them from time to time.

And that's exactly what Clay will try to do, as he stated in his first post on his new page: "I promise I’ll try hard to answer all messages and inquiries … at least until it starts cutting in on my surfing time, lol." 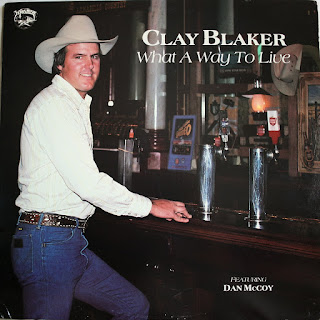 Also announced today: Clay's debut album "What A Way To Live" from 1981 which he cut during his second tour in Europe with an A-list of European pickers from the Netherlands and Denmark (list see below) is now finally available in a digital format and can be downloaded on iTunes or 300 other internet sites.

On his first album Clay pretty much stuck with the traditional Honky Tonk and Western Swing sound, he used to be playing at the Broken Spoke, the Split Rail, Cheatham Street or Gruene Hall in Central Texas. He wouldn't start featuring some of his songwriting that then would be recorded by other artists until his second album "Sooner Or Later." Of that album "Lonesome Rodeo Cowboy" and "The Only Thing I Have Left" were both recorded by George Strait.

Besides the title song, Willie Nelson also wrote "Darkness On The Side Of The Earth." Two Johnny Gimble swing tunes - "Under The 'X' In Texas" and "Playin' Around (Fiddlin' Around)" as well as the Leon Rhodes, Buddy Charleton instrumental "Rhodes-Bud Boogie" showcase the excellent musicianship, sometimes with twin steel guitars of the European pickers.
They also shine on Red Steagall's "Lone Star Beer And Bob Wills Music" (a co-write with Glenn Sutton). Another Honky Tonk treat is a medley of Ray Price tunes:  "Touch My Heart" (Johnny Paycheck; Aubrey Mayhew); "The Other Woman" (Don Rollins)  and "Another Bridge To Burn" (Harlan Howard).

But that's still not all, Clay now also have his own YouTube channel, where he presents some of his videos. Besides some live Texas Connection videos (albeit a bit grainy) from the show of the same name, which aired on TNN, and a cut of his second album "Sooner Or Later" there is a superb acoustic version, just Clay and his guitar of the title track of his 2001 album "Rumor Town," a song he co-wrote with Tommy Connors and which was recorded by a TV station in Gothenburg, Sweden.