Nothing New On The Western Front

Earlier this morning the CMA revealed the nominees for the 50th CMA Awards Show. Eric Church, Maren Morris and Chris Stapleton lead the pack of the nominees with five nominations each. The biggest losers for being stubbed are Sturgill Simpson with a #1 album, Jon Pardi and critic favorite Brandy Clark.

“I am very excited about this year’s list of nominees. We have artists who received their first CMA Awards nominations decades ago alongside first-timers; we have critically-acclaimed songwriters and artists who have reset the bar for Country Music. This is going to be an exciting year in addition to celebrating the 50th Anniversary of the CMA Awards.”

It may be exciting for the CEO of the CMA , Sarah Trahern but will not offer country music fans anything new. The 50th anniversary celebration will go down in the books as catering to the radio and label interests. But in general, there is not one nomination to be really excited about, not one! 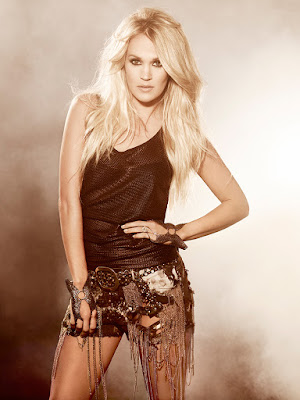 It's Carrie's first nomination in the Entertainer category and with the country music pie lacking a nice slice of female artists, I predict that Carrie will take this trophy home. I actually think the whole award show could revolve around her, she has been ignored for too long and she will again be hosting with Brad Paisley (for the ninth time).

Dierks & Keith released some of their worst albums of their respective careers, McGraw is a solid bet, but I think Stapleton can double down after last year's award. Personally I think Eric Church should be rewarded for "MR. MISUNDERSTOOD" and his own independant tour.

Maybe with the Entertainer of the Year, Carrie may be able to snag the Female Vocalist Award as well - it would be a nice surprise as her first win dates 11 years back. But she will have stiff competition in Miranda Lambert, who won the last six times and probably will win again. I'm not sure the CMA is really ready for Kacey Musgraves, even though honoring her independency would look really good to the outside world of Nashville. Ballerini and Morris (even though nominated five times) are nothing but cannon fodder. Kelsea Ballerini simply can not sing, and Morris has only one good song "My Church" - the rest on "HERO' is all filler material.

I really think it could be Underwood's year - without a lot of bad headlines - she has built a solid career and "STORYTELLER" was an ok album. On the other hand "BLACK," "HERO" and "RIPCORD" are terrible albums with awful songs, excluding Morris's hit. 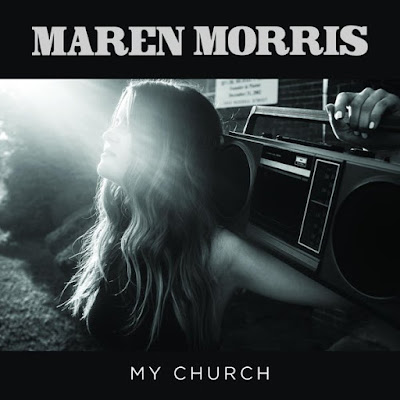 I hope either "Church" wins, Morris's song is the exception that proves the rule, yes you can actually have a bad album, but there is one gem of a song on it; "My Church" is that song and it fits the category perfectly as it was a huge hit, a breakout single and a song we will talk about in a decade from now. I think the biggest challenge will be to win against the Lori McKenna penned "Humble and Kind" sung by Tim McGraw. "Die A Happy Man" is the weakest of the five and should in my opinion not been nominated as a single of the year.

I love Cam's song, this is a career song and it should win her a trophy. I think Lori McKenna and Maren Morris & busbee may either other cancel out. But yes with all the press McKenna recently received for her new album, she may swing to the top.

I did not leave my favorite here, there is none. It's all crap. Zac Brown Band used to make really good music but since then have gone to Nashville hell and back. That category is one part why we don't listen to country music radio anymore. 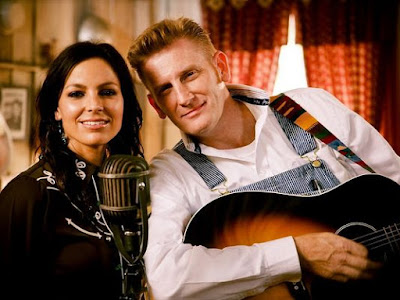 There is no competition here, with the passing of Joey Martin Feek on March 4 of this year, and having been snubbed twice before, the CMA will honor the former duo posthumously and they should. Great way to ignore FGL and hoping that they will be digging carrots by next year.

Where is Pardi, Simpson, Clark and the Kelsey, that can actually sing, Kelsey Waldon - also missing here is William Michael Morgan a true country artist in the vein of a George Strait. I only care about Brothers Osborne who currently start to stir the pot up with "21 Summer" a song that is half way decent. (And please somebody sends Ballerini to Never, Never Land where she belongs.)

Whatever! The crap list goes one - "You Are My Sunshine" is the only thing I can listen too, without my ears actually going on strike; and they are not even unionized.

Video is a video is a video and creativity is limited. I mean how many freaking ways are there to put something around a song. Let's be honest, how many country videos can you remember because it was exceptionally filmed or had a nice storyline to it or something special - like the appearance of Hank with Hank Jr. in 1989's "There's A Tear In My Beer" or Johnny Cash beautifully portraying and making the Trent Raznor song "Hurt" his own, right before he passed away.

They all deserve an award!

Hosted by Brad Paisley and Carrie Underwood, the 2016 CMA Awards will air live from the Bridgestone Arena in Nashville on Wednesday, Nov. 2 2016 in a three hour broadcast starting at 7pm (CST) on ABC.