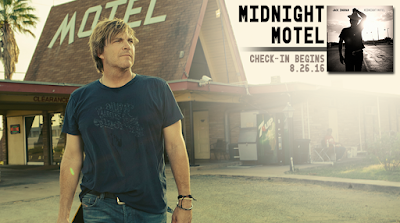 You may have read my recollections about Guy Clark, after his passing earlier this month: "He Ain't Going Nowhere" and how he showed up for Jack Ingram's record release party for "Livin' Or Dyin'" in Austin in March of 1997.
Well, Jack posted a new song about his friend Guy Clark "Sailor And The Sea" and a background story about that song on his facebook page.


I let him tell the story in his own words:

"The Sailor & The Sea"
I wrote it for/about Guy Clark.
He told me a story about riding out Hurricane Carla, 1963, in the bay at Rockport on a boat he had helped restore & was scheduled to sail to Florida the next week. Hurricane Carla took out Galveston. It was a big one.
He anchored the boat out in the bay with 100 lb test rope. He tied 10 lines of rope to the anchor, each one 10' ft longer than the previous. As one would break there would be 10 more feet of line & the boat remained steady.
Storm passed. Made a few minor repairs & sailed the boat to Florida.
The old sailor's poem came to mind:
"Red sky morning, Sailor's take warning- Red sky night, Sailor's delight"
In general...
I don't know how it all works- the if and what and why, where, when. I never will. But I do believe in magic. The kind of magic that we make. We make happen every day right here when we need it and especially when we need it now...the kind we muster up when we have the want to, the will, the why the hell not, the what's the worst that could happen and the what else we gonna do- quit...kinda spirit! It ain't because of a feel good, fill me up, help self help motivational pull...it's because quitting feels like shit and never fucking quitting feels fucking great AND gets us all feeling lucky in all the right ways even though we all know luck's for suckers, sucker...but THIS sucker sure as shit AINT NO QUITTER!
Guy Clark never quit. He died trying.
I'm not talking about "trying" to beat what ailed him...I know for a fact he died still trying to write a better song. Trying to cut the word "compromise" out of the artist's dictionary. Trying not to allow the world AS IT IS...NOT "offend his sensibilities" of the world he built every day at his workbench.
I loved Guy. I didn't need him to but he let me know in ways he knew I'd know that he was glad I was in his world. That felt really fuckin' good. He knew I needed that from him and he gave it to me.
Guy Clark took moments of absolute CLARITY and turned them into songs that were clearer than the original moment!
If you've EVER tried to explain a dream to ANYBODY then you know that doing that in any meaningful way is damn near IMPOSSIBLE! That's what Guy's songwriting was like...like he explained something in FULL DETAIL that came from a dream, from a moment that was only seen by one person but now was sitting there in full color detail ready to be viewed by the world even more brilliant than when it was a perfect moment!
Guy was my hero. He was my friend. He was hard on my songs. He told me I was doing "Good Work"...which is the same, for Guy Clark, as when your puppy dog licks your face & wets himself because you're the best owner in the whole world! smile emoticon
I could go on. In fact, I will!
I'm gonna do what I've done since the day I first heard a Guy Clark song as a young songwriter...I'm gonna TRY! I'm going to keep trying...try to write a better song than I've written before! Try to write a better one than Guy ever wrote! After I do that...I'm gonna do it again...until I can't do it anymore...then I'll do it all again...or die trying! That's what my heroes would do!
Things Ain't Getting Any Better...But Everything's Gonna Be Okay (me, Shawn Camp & Guy Clark wrote that),
Good bye, Guy...that son of a bitch is comin'..,
Jack

I also found this great interpretation of Clark's song "Stuff That Works" from The Kessler Theater in Dallas; the whole song which is available in other recordings Jack did of it, lives especially with Jack's intro on how he and Guy had a great relationship. He sure fits into Guy's boots. A new album by Jack, is scheduled to be released by the end of August of this year.