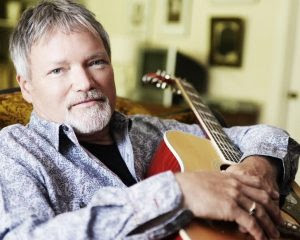 According to the Tennessean the passing of original Beastie Boys member, John Berry got mixed up by another news service, by AOL.

Instead of using footage of the punk/hip hop four-piece's early days, as the Young Aborigines or later the Beastie Boys, they mixed their obit up with footage of country music singer John Berry.

As I write this, AOL's video is still up, even though people started to complain more than 12 hours ago and country singer John Berry released a video, proclaiming that he isn't on his way to the Pearly Gates yet and actually still among us.

Country singer John Berry had an important message to share with his fans on Friday: "I'm alive and well." Fans were concerned after AOL posted a video reporting the death of another musician named John Berry, who was a founding member of rap/rock group The Beastie Boys.

Good to know - Nashville's John Berry plans to release a new album on June, 3rd, "What I Love the Most." The South Carolina tenor is mostly known for 1994, Grammy nominated number-one-hit "Your Love Amazes Me." Besides reaching the top of the charts, he also had six more singles reaching the top ten, and he is widely known for his charitable work.

Your Love Amazes Me

Email ThisBlogThis!Share to TwitterShare to FacebookShare to Pinterest
Labels: "What I Love The Most", "Your Love Amazes Me", AOL, Beastie Boys, John Berry, Mix-Up, Tennessean