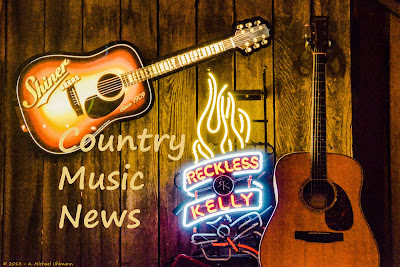 Traditional newcomer Jon Pardi is featured in a Superbowl beer commercial. Marty Stuart announced, that he plans to open the Marty Stuart's Congress of Country Music Museum and Performance Hall in Philadelphia, Mississippi. And a recap, with a video link to the full memorial for the late Mel Tillis at the Grand Ole Opry in Nashville.

Jon Pardi redoes "I Like Beer" for Superbowl commercial 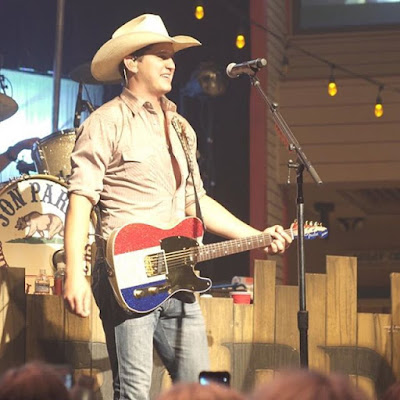 "Dirt On My Boots" crooner, Jon Pardi, the reigning CMA "New Artist Of The Year" and ACM "New Male Vocalist" was asked by Michelob ULTRA to re-record the 1975 Tom T. Hall ode "I Like Beer" for a new commercial that will show during this year's Superbowl.
The original, the first single from Hall's "I WROTE A SONG ABOUT IT" charted on the Country Singles Chart at #4, got a more uptempo treatment during Pardi's recording.

Even though Pardi is only delivering the soundtrack to the new anthem for Michelob ULTRA's commercial starring actor Chris Pratt, US Open Gold Champion Brooks Koepka, 11-time World Surf League Champion Kelly Slater and 2017 NYC Marathon winner Shalane Flanagan it is trying to demonstrate that "You Can Do Both" - being fit and still enjoy a cold one.

“This past year has been filled with so many milestones and bucket list items, and when Michelob Ultra reached out with an opportunity to be part of this Super Bowl commercial, I was all in. It was such a fun experience to record this version of the song and it’s awesome to be a part of it,” Pardi was quoted in the press release.

Pardi’s current single “She Ain’t In It” is currently Top 30-and-climbing on the Billboard Country Airplay charts. I hope that "I Like Beer" will be soon available as a download.

And here's the original by Tom T. Hall


According to the Associated Press (AP), Country traditionalist Marty Stuart is planning to open "Marty Stuart's Congress of Country Music Museum and Performance Hall" in his hometown, of Philadelphia, Mississippi.

Stuart, who began playing as a 13-year old with Lester Flatt and later was part of Johnny Cash's band, is an avid collector of country music artifacts and has by now amassed more than 20'000 pieces, from clothing by Johnny Cash and Patsy Cline to handwritten lyrics from original superstar Hank Williams. He is also known as a photographer and has a vast collection not only of portraits of country stars of old but also of the American West.

Philadelphia, a small town about 80 miles northeast of Mississippi capitol Jackson sure will get an economic boost from tourism when the Congress of Country Music is supposed to open in three years.

"My collection for all these years has been a very good-neighbor collection. We've loaned things to museums for years and years,"  Stuart is quoted in the AP article.

The government of Mississippi has already allocated $2 million to the project, Stuart is trying to raise the rest of the money from private donors.

Stuart is currently touring behind last year's album "WAY OUT WEST," which made my "10 for 2017" as one of the 30 best Albums released in 2017. His next dates will be in Texas: New Braunfels, Austin, Houston, and Dallas. For more info and tour dates, visit his website, Marty Stuart

Last week's memorial for the late singer, Mel Tillis was broadcasted live on legendary AM 650 WSM, as I told my readers in my blog.

If you didn't have a chance to tune into the almost 2-hour long memorial with various artists taking part, local Nashville NewsChannel 5 recorded the whole celebration of life for Mel Tillis on video and uploaded it to their facebook page.

Besides some stellar performances, it was the remembrances, the little stories that make this memorial worth watching again. I hope the station will leave that link up for people to revisit.

"You could feel the emotion in the room. We felt dad's presence. We think he was proud," Pam Tillis told the TV station.

"Mel Tillis spent a lifetime giving us joy and laughter and music, which is why his death brings such sadness. Had he never stepped on a stage, he would still have been one of the funniest and most genuine people on the planet. But his whimsy and warmth were only a part of his appeal. He wrote some of country music's most compelling and consequential songs, he fronted a remarkable band, and he sang with power and emotion. He also shone as an inspiration, revealing what others called an impediment as a vehicle for humor and hope."