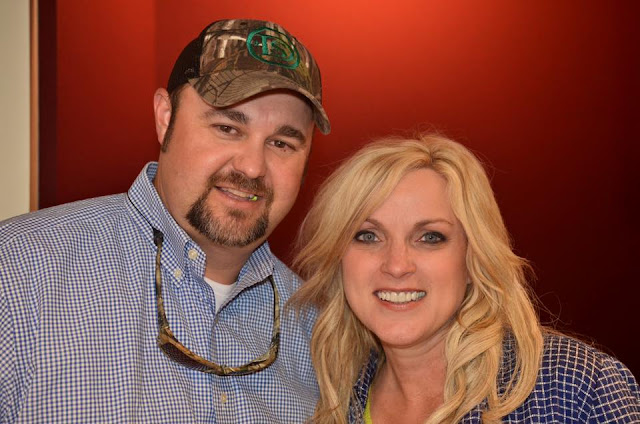 Late August last year, "Queen of Bluegrass" Rhonda Vincent announced on her Facebook page that she's recording a duet album with 90's traditionalist Daryle Singletary and posted the above picture of them both in the recording studio.

Singletary, a mid 90's traditionalist, who had Rhonda singing background on his debut album on Giant and later on his indie releases was all excited “If you love traditional country music, and remember songs originally sung by well-known duet partners like George Jones and Tammy Wynette, Conway Twitty and Loretta Lynn, and Merle Haggard and Bonnie Owens, this is a must-have CD that we are extremely excited about.”

Rhonda, who branched out from Bluegrass to traditional Country Music before, like on her 2014 album "Only Me" praised Singletary as one of the best singers in this generation of country music and went on to praise him even more: “It’s so fun to sing with someone who challenges me as a singer. The songs were given great thought, along with one that was totally unexpected. It’s one of the best projects I’ve ever been part of. I am so proud of this recording, and I cannot wait for the world to hear our wonderful creation, American Grandstand.”

Now about a month (release date is July 7th) before "AMERICAN GRANDSTAND" is hitting the stores, Daryle and Rhonda are heavily promoting it during CMA week (formerly Fan Fair) in Nashville with several shows. Being one of 20 acts not to miss according to music magazine "Rolling Stone," one of the shows they performed together at, was the "Music City Roots - Live From the Factory" Show hosted by Jim Lauderdale on June 7th, where the opening track of "American Grandstand," the Harlan Howard penned classic "Above And Beyond" was then shared to YouTube. First recorded by Wynn Stewart as a single in 1960, then by Buck Owens later that year, and then Rodney Crowell in the '80s, who celebrated his fifth number one song with the classic, it's nice to see that timeless song done as a duet.

Besides "Above And Beyond" and their current single "One" the list below reveals the full tracklist of "AMERICAN GRANDSTAND," the title track actually a new song actually written by Rhonda Vincent as part of their collaboration.

American Grandstand Track Listing:
1. Above and Beyond
2. One
3. After The Fire Is Gone
4. American Grandstand
5. Slowly But Surely
6. As We Kiss Our World Goodbye
7. Can’t Live Life
8. Golden Ring
9. We Must Have Been Out of Our Minds
10. Louisiana Woman Mississippi Man
11. A Picture of Me Without You
12. Up This Hill and Down 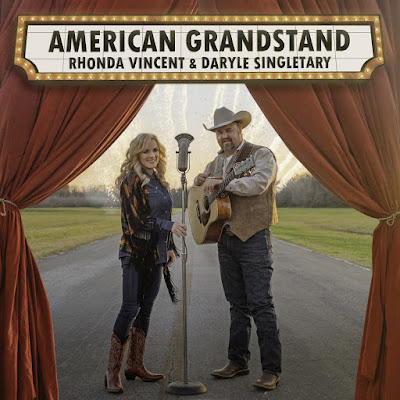 For more information about Music City Roots - Live From the Factory in Franklin, Tennessee, for a schedule of upcoming artists performing on the show and a direct link to see a streaming video, visit their official website - you may also find information on their facebook page