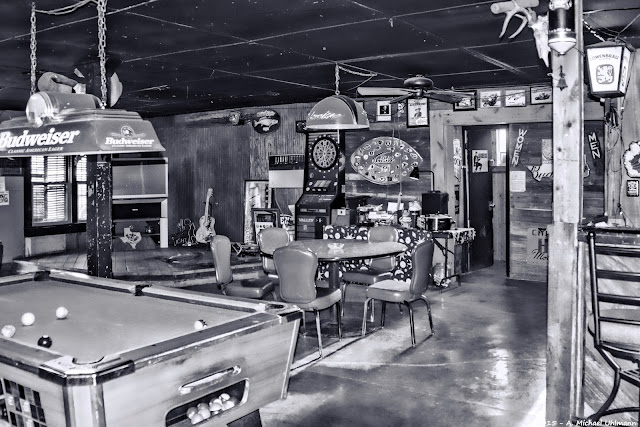 Writing my blog "Keeping Score At The Double Ringer" about this cool Honky Tonk in Zuehl (about 25 miles northeast of San Antonio), I was reminded that Texas Honky Tonks are not only a dying breed, but that music itself, that is (was) played in these places seems to disappear as well. Where are the drinkin', laughin', cryin' and dancin' places and songs of old?

Honky Tonk singer, songwriter, and radioman (KEQX - Pure Country), Justin Trevino has a wonderful ode, "Texas Honky Tonk" of his 1998 debut album with the same title, to the places that should be on the endangered species list of every human being. Not only is there a community as in social network, but simply a place to forget all your sorrow, pain, and misery.

Justin grew up in Central Texas and started playing professionally when he was 13 years old, his father bringing him to gigs. After meeting Johnny Bush he became a Bandalero (member of Johnny's band) from 1994-2003. He also was playing bass for Don Walser, Cornell Hurd, and Darrell McCall and still maintaining his own band. By 1997 he started recording and producing his own albums as well as albums for some of his idols Bush, McCall, Curtis Potter as well as some newcomers like Amber Digby or Ron Williams, just to name a few. "Whiskey River" penned by Bush is still used by Willie Nelson to open his live shows.

The jukebox in the corner is playing Whiskey River
The neon star shines bright, above the bar.
There's laughing, dancing, shootin' pool
Cryin', drinkin', Lonely Fools
And People who don't know where they are.
It's the kind of place to go to-
when you have no one to turn to-
to help you ease your pain and misery.
It's a hang-out for the losers
and a hideout for the boozers,
and the place to go for lonely fools like me.

I used to think that someday
we might get back together
I couldn't stand the thought of losing you.
But I must accept reality
that you're not coming back to me
you've found your happiness with someone new.
So I sit here in the same old chair.
pretending that I just don't care
trying to forget your love somehow.
So from the top of the world
to the bottom of a bottle
I've sunk too deep to ever pull out now.