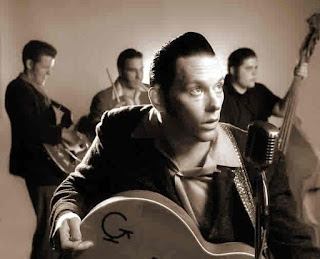 According to the Austin American Statesman and KVUE, the death of Austin rockabilly musician Chadd Thomas was reclassified by the Travis County Medical Examiner as "undetermined."

Thomas' body was discovered on July 11th, 2011 off South Congress Avenue and was originally ruled a homicide through blunt forced trauma. But already three days after his death, local TV station KXAN reported that the charismatic singer has been involved in at least three separate incidents on the day of his death. 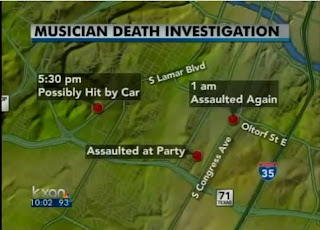 The Medical Examiner was, according to several sources "unable to determine which of these incidents would've cause Thomas' death." The incidents include being accidentally hit by a car, driven by someone Chadd knew, a second altercation at a party, and probably a third one where his body was later found.

"The investigation continues", and "the change in classification does not exclude the possibility of other criminal charges (like aggravated assault) being filed."