Keepin' Up With The Joneses 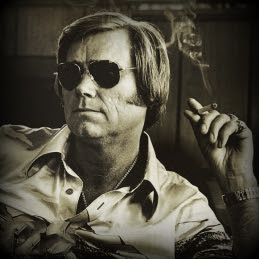 Not all is fine and dandy in the house the Joneses live in, papa George is obviously upset about daughter Georgette, who claims she's just trying to reach out to her father, he accusing her of trying to get money from the family bank. Canceled concerts, video messages, and a Twitter storm seem to ravage the first family of country music.
First, it was just a tweet, that due to an upper respiratory infection, George Jones needed to cancel a couple of gigs while he's recovering at his home in Franklin, Tennessee. Then yesterday "the possum" had the PR firm Webster upload a video, where he was thanking his fans for all the prayers and ways they have stood by him during his illness. But then the video becomes a rant, accusing his daughter Georgette and her husband Jamie of spreading lies because she wanted his money.

“One more thing,” he says near the end of the clip. “I would like to apologize for my daughter Georgette and her new husband for putting so much bad things about me on the internet and Facebook. None of these things are true. They are all about money. I have gave and gave until I can no longer give. I will never let her go hungry, but I am tired of putting out, and I am not the person they claim I am.”


And suddenly a whole family feud gets public, is picked up by AP, and appears in the Washington Post and even in the British Telegraph. According to AP, Georgette Lennon from the singer's marriage to fellow country star Tammy Wynette is devastated by the accusations and denies any wrongdoing.

Lennon was quoted by AP that their relationship became strained some years ago when she became friends with her two brothers, Jeffrey and Bryan from Jones' second marriage with Shirley Ann Corley. Jones does not communicate with his sons. Last October he was also missing the wedding of Georgette to Jamie Lennon, having a gig that night.

According to her facebook fan group page, Georgette still tries to reach out to her dad.

Long story short, it's kinda sad the whole thing went public, dirty laundry should be washed in private. And lets all hope, they find a way to rejuvenate their communication problems.

Because there are better ways to "keep up with the Joneses"